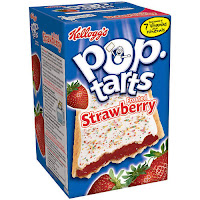 One of the men that discipled me in college once shared that he was an adult before he realized that he could heat up pop-tarts in a toaster. He had grown up on the beach, and among his fellow surfer friends pop-tarts were a go to snack while attacking the waves. Having been raised in a Korean household, breakfast usually included kimchi and rice--his parents had never bought pop-tarts as a breakfast food, so his only experience with them was on the beach among his Caucasian friends.

Sometimes we can go through life without questioning the way things are--assuming that we understand them in full based on our limited experience. Just like my friend with those pop-tarts, we can look at traditions, institutions and precedents as if they were set in stone, without ever asking if there is another, better way.

I believe this is one of the biggest problems facing today's churches in regards to the pursuit of missions. We have, consciously or unconsciously, moved into a unhealthy and ineffective model of missionary sending that hasn't been challenged by most Christians in the pews. Much of this mission sending and the financial resources that go along with it has become increasingly selfish and foolish.

We live in a generation that cherishes instant gratification. Whether it is food, entertainment, relationships--even the way we worship God; we are an impatient people. Unfortunately, this has had a negative impact on the missionary enterprise around the world. Long-term missionary sending and support is in decline, while the Western church spends over a billion dollars a year on short-term missions. We have substituted substance and real discipleship, for flash-in-the-pan evangelistic campaigns and week long Christian vacation trips.

Too often I have visited churches who are only interested in spending money on missions when it directly benefits their church or members--they want to be majority partners with a minimum investment. They want their church members or youth to have a positive spiritual experience, regardless of the benefit or damage to the cause of the Gospel among the nations.

Is it necessary for the church youth to go overseas this summer? How important are patience and waiting for God's timing in modern missions? How important is it for our churches that they invest in qualified and seasoned missionaries or effective faithful indigenous leaders? Is the way that our churches give towards missions really sacrificial--or are there selfish motives mixed in?

What are some ways in which we can promote a more balanced understanding of the Great Commission among today's generation?
Posted by Ian Smith at 10:49 AM