What Goes Unmeasured Gets Ignored

The other night I was out with some men from church at a local BBQ joint for a low-key 'guy's night out.' It just so happened that my friend Matt invited along his father-in-law who was visiting from California and currently works at Quicken, which runs the online website Mint.com.

One of the great things about using Mint is that it gives several different visual ways to look at your spending habits over different lengths of time. If most of your spending is input into Mint correctly it is pretty easy to figure out how much you spend on say Coffee month-to-month. 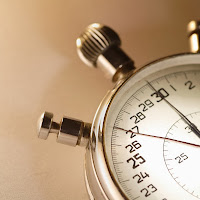 This functionality actually had a major impact on my tithing/giving a couple years ago when I looked at just what percentage of my spending it actually represented--in my mind I thought I was giving at least 10%, but being able to track it month-to-month for several years I saw that I was giving significantly less than 10%!

My theology was not matching my lifestyle--even though I affirmed that everything I had belonged to God, I was not living that way when it came to my wallet! This was especially challenging since at that time I was just beginning to serve as a support based missionary. How could I ask other people to give generously when I wasn't doing so myself!

Thankfully, God used this realization to help transform my giving habits--I realized that God had given me a lot of resources that I was wasting, and were better used in serving his Kingdom. 10% became the base-line of giving, and the lid was taken off to be more generous than I had ever been before with the resources the Lord had entrusted to me as his steward.

A couple days ago I was walking around a lake in Monroe with Pastor Jan Hettinga who has been mentoring me for the past year--he has challenged me several times to develop healthier habits with regards to my physical health (and spiritual health, because they are intertwined).

On the second lap around the lake he challenged me--"Weight yourself every day!" When we are consistently reminded of reality we are more likely to take seriously the changes we need to make. It is easier to eat that extra cupcake when I haven't looked at a scale in a couple of weeks.

This is true in many areas in life beyond just generosity and losing weight (both things that I am sure I am not alone in struggling with). What goes unmeasured generally gets ignored.

How much time have I been spending in prayer? How many people have I shared my testimony with over the past couple months? Is there any way to measure honoring one's mother and father (when was the last time I gave them a phone call, went out of my way to serve them?)

Recently I have wasted a lot of time playing an addictive video game--the game keeps track of how many hours it has been played. Frankly, I am a bit terrified to look how many hours I have spent on the game when I could have been doing something more productive!

I think deep down I am hoping to hear God say, "Well done, good and faithful servant," while at the same time ignoring ways that I can tangibly measure my spiritual health. Jesus is the only truly good and faithful servant, and it by his merit earned on the cross that we can stand before the throne without sin or shame--at the same time, there is some sense in that the bible teaches that we can do more for His Kingdom if we are intentional in the way we live in obedience to his commandments.

Being too presumptuous of the grace of God may be one of the biggest dangers facing the church today.
Posted by Ian Smith at 12:42 PM

Son your playing video games? Japanese is like really, REALLY hard. With love I say. Put the damn controller down and start studying now. Trust me when I say Kanji was evented in hell to torment your soul :)