So recently I discovered that it was standard operating policy for a career missionary with my agency to have a field vehicle. Prior to this I had just assumed that I would buy a 100$ bicycle and do most of my commuting by mass transportation, by bicycle or by walking--just think of the health benefits! That is probably what I will still do, but having a vehicle will help me to travel more freely, give rides to others when I need to, and in case of emergency be able to help others without access to a vehicle.

In setting up a starting budget, we asked around to find out what I could get a quality used car for in Japan--and it wasn't all that more expensive than in the USA. However, there are additional costs. Gasoline is much more expensive in Japan, there's insurance and keeping the car licensed which is significantly more complex (and expensive) than in the USA.

However, as I thought about what kind of car I would like to get, a few things popped into my mind... thus this blog post, what would be a 'suitable field vehicle,' for a missionary in Japan.

These super-compact cars are the entry model for many Japanese drivers. They are economical, efficient and environmentally friendly. Considering how much narrower many streets are in Japan compared with the USA, they might actually be a good choice for me. However, if you recall how funny the 'Big Man in a Little Coat' scene was in Chris Farley's movie 'Tommy Boy?' Well that could be me in one of these tiny tiny cars. Which reminds me...

Bosozoku literally translated to 'reckless tribe.' It describes a distinctively Japanese youth culture that revolves around motorcycle gangs. Part of this culture is about making outrageous modifications to motorcycles--which was relatively inexpensive for young people back in the '70's and '80's. However, as these young people grew up, they began to modify cars also. Some of these cars can be quite gaudy by Western standards, but that is part of their appeal.

Recently I attended the Reaching Japanese for Christ Network Annual Conference in Kirkland WA. The main topic of this year's conference was contextualization of the Gospel for Japanese. I have been thinking a lot about contextualization for the Japanese and in thinking about a suitable field vehicle I couldn't help but wonder if in order to reach Bosozoku with the Gospel, one must become Bosozoku.

The drifting subculture really began to take off in the 1990's and has become something of a worldwide phenomenon. One of the most significant ambassadors for drifting was the Japanese manga and anime 'Initial D.' The story, which started as a bit of a parody of itself is about a young man who drives a Toyota AE86 into the mountains every night to delivery Tofu for his father's business--as a result he becomes an expert at drifting, and ends up racing his stock road car against much more iconic Japanese sports cars. Because drifting is more about technique than speed, he overcomes great obstacles to beat much better cars with his humble Tofu delivery vehicle. There is only one car worth considering if one is going to embrace the drifting culture in Japan.

Not all Western missionaries are known for their sensitivity to local cultures. In fact, more often than not the Western missionary is caricatured as someone out of touch with the locals (this unfortunate stereotype has its basis in reality) and lives lavishly compared with those around them.

If you can't beat them, then why not join them. Believe it or not, you can buy an H2 Hummer in Japan--this would be absolutely one of the worst vehicles to drive in Japan because of the narrow roads. But just imagine all of the Japanese that would look on with envy at the totally awesome display of American superiority
(oh wait, did the Chinese try to buy the Hummer brand?). 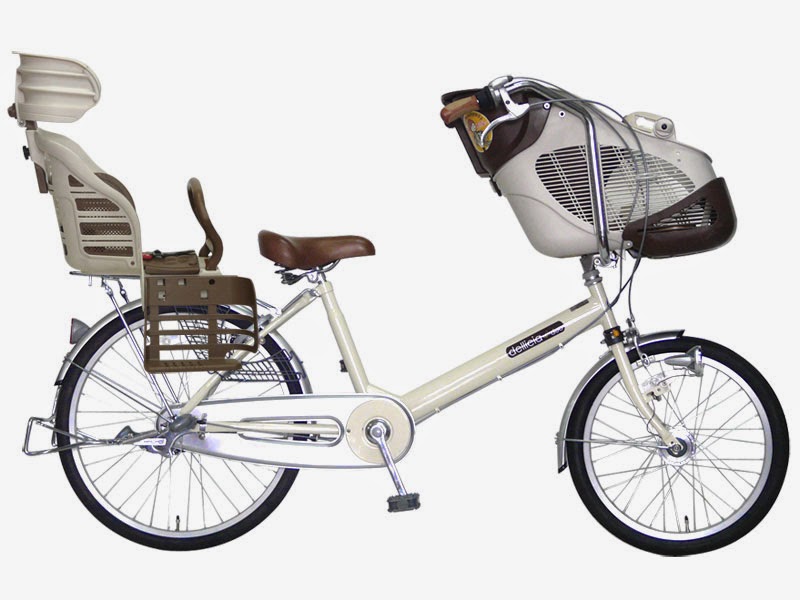 At the beginning of this post, I said this would be an article about cars--but many Japanese in cities get around by bicycle.

There is a style of bicycle with is ubiquitous in Japan, and that is the humble Mamachari, or Mother's Chariot. Don't let the name fool you, these are unisex utility bicycles. You'll see everyone riding Mamacharis: college students, office workers, and even mothers. Newer models can even come with electric assist built in (these can cost as much as a moped/motorcycle).

I said that they were unisex, but some of them don't give that impression--especially if they are covered with child's seats. However, that only means one has to be that much more assured of their masculinity to ride one of these bad boys (girls?).
Posted by Ian Smith at 3:50 PM

I did 95% of my travel in Tokyo by bicycle. If the trip was 30 minutes or less it took about the same time whether by car or bike. Even though the streets are narrow and crowded you feel fairly safe as drivers are generally pretty cautious. Happy trails brother!

Thanks Tim! I also enjoyed bicycling in Tokyo the last time I lived there (back in 2008). In fact, it was my first time to ride a bicycle in my adult life, and re-engaged my love for that mode of transportation. I still plan on getting a bicycle ASAP when I arrive.