A Missionary in Japan with ADHD (Updated) 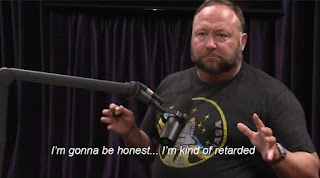 This morning I had the pleasure of reconnecting with Pastor Thomas Magnuson, one of the pastors at Turning Point Church in Lacey WA--one of my partner churches. Recently Thomas and I found out that we had something in common which has served as a kind of a bond, we both struggle with adult Attention Deficit Hyperactivity Disorder (ADHD).

I have been learning a lot about ADHD recently. I was diagnosed with it as a child, but assumed I had grown out of it--or that I had been saved from it as a teenager around the time I became a Christian. Although there were profound changes in my life and attitude after becoming a Christian, looking back with humility, I now see that I never fully escaped the clutches of this developmental disability.

I found many ways to compensate for this disability, and at various times throughout my life I have had seasons of productivity and achievement--interspersed with burn-out and failure. Reflecting on these experiences, many of them were as a direct result of my failure to properly address the executive function deficits I have as an adult sufferer of ADHD.

For the past week or so, I have vociferously been consuming the lectures and writings of Dr. Russell Barkley on ADHD (very good Youtube video to start with). Barkley argues that ADHD, rather than simply being an attention deficiency, is rather a impairment of executive functions--"Those capacities for self control that allow us to sustain action and toward a goal." ADHD delay's and inhibits the development of what Barkley calls the five executive functions. These include, Inhibition of Behavior, Visual Imagery (non-verbal working memory[hindsight, foresight, and sense of time]), Self Talk (verbal working memory), Emotional Control, and Planning and Problem solving. Rather than going into a detailed explanation of the above, if you have more interest, please feel free to click on the links and go down the rabbit trail on YouTube.

In my case, I have struggled the greatest throughout my life with the impulsiveness, difficulty to control my emotions, and a lack of a sense of time. As Dr. Barkley points out, these are deficits, and although they can be viewed as having some positive traits by some, they are only so with significant mental effort and compensation in other places.

For example, impulsiveness could be a gateway to adventure, entrepreneurism and openness to new cultures and experiences with the right boundaries. Difficulty controlling emotions in the right situation could be channeled into being more 'authentic,' and vulnerable, supposedly traits that are in vogue. Time blindness allows people with ADHD to achieve a kind of hyper-focus around things that interest them or towards manual tasks, making them excellent researchers or craftsmen in the right circumstances. All of these come with the caveat that in order to channel the deficiency into a strength rather than a weakness requires a great deal of effort for the person with ADHD, and understanding from the people around them.

Exacerbated by the social isolation brought on by COVID, back in May, I sent this e-mail out to a psychiatrist here in Tokyo.

"As a child I was diagnosed and treated for a brief period of time for ADD/ADHD. During middle school I ceased taking the prescriptions I was given. I have managed to develop life patterns to achieve my goals in spite of my difficulties with attention, but over the past year in lockdown it has been increasingly difficult to keep up with tasks and pursue my career goals in isolation. I would like to discuss what possible treatments there might be available for someone in Japan with Adult ADHD."

I was looking for a way to treat my ADHD here in Japan, only to find out that the medicines used in North America and Europe to effectively treat adult ADHD are not available here in Japan. As such, I have begun making a lot of life changes to compensate for my deficiencies.

Barkley suggests five major strategies for managing one's ADHD symptoms. The first is to make mental information physical--in my case, this means creating and living by to-do lists, journaling, and generally writing down anything that comes into my mind; because if I don't, there is a good chance I will likely forget it long before acting on it. I have an elderly person's working memory--so I need to employ similar strategies that your grandfather or grandmother uses to remember things.

Secondly, I need to make time physical. That means using clocks, timers, and having calendars visible at all times. I have recently purchased several Time Timers and have employed them with great effect to help me follow the Pomodoro Method while studying Japanese Kanji. I'm thankful for my weekly check-ins with my Converge leaders and the additional accountability that affords me to stay on task and work towards accomplishing my goals.

The third strategy Barkley suggests is breaking down larger tasks into smaller, more easily accomplishable ones. Because of my time blindness, I have a hard time prioritizing important tasks, and bigger, seemingly insurmountable tasks get pushed off into the future. In order to engage those tasks more effectively, I need to break them down into steps that are easier to accomplish.

The fourth, and one of the hardest for me to implement personally is to make motivation external. For children with ADHD, parents can create incentives--either rewards or punishments for their children to work towards. This is harder to implement personally as an adult. Possible rewards I could incentivize myself with would be some special meal or reward if I accomplish one of the larger goals I am working towards.

Finally, number five is understanding that the executive system has a limited fuel tank. This is one of the keys for myself, as when that system runs out of fuel is when I become impulsive or overly emotional. I recalled a trip where I drove across the country all day to attend a conference all in Japanese, and by the end of the day I was extremely emotionally frazzled--there wasn't anything about the content of the conference itself that should have evoked the emotional response I was displaying; except that I had lost the willpower to keep my emotions to myself.

I have been doing a lot of things to increase the size of this fuel tank--trying to effectively deal with my stress and become more healthy. I have lost almost 100 pounds over the past two years, fasting and cutting carbs has helped me feel much more in control of my emotions, I have been addressing vitamin deficiencies, and have been trying to add more exercise and time outside--all of which are naturally increase dopamine in the brain, helping to manage ADHD symptoms more effectively.

Beyond that though, I need to make those around me aware of my struggle. For a long time I have been carrying this burden alone. I am really grateful that God brought someone into my life that understands my limitations and has been incredibly patient with me. That is also partly why I am writing this blog post, I feel like I almost need to walk around with a shirt on that says, "Sorry, I have ADHD, please be patient with me, I'm doing my best."

My struggle with ADHD and lack of effectively managing its symptoms has had a massively detrimental effect on the quality of my life these past nearly forty years. I have had to work incredibly hard to achieve my goals, maintain friendships, develop self control and healthy habits. I have failed too many times to count--resulting in failure in school, work, relationships and my own personal growth.

I am so thankful for the grace of God, and the many patient and loving people God has put in my life, some who have had to show extreme patience and long-suffering. God hasn't removed this thorn in my flesh, despite my prayers--and so I want to do my best to glorify Him through acknowledging my weakness--and in vulnerability and humility sharing that weakness with you. This is not an excuse for sin or failure; I'm not trying to shift blame from myself onto an illness; instead, I am acknowledging that this illness is part of who I am, and knowing that, asking for a greater measure of patience with me as I seek to follow God's calling on my life with the mind, and all its limitations, that He has given me.

My conversation with Thomas this morning was encouraging, and I hope my sharing this with you is also encouraging. I am learning more about myself, and my struggles, and I hope that by sharing them with you, you can understand me better. Please feel free to reach out if you would like to talk about this issue in general or about something related to it in specific.

I've already written a lot--there are a lot of implications to consider as a Christian and a missionary in Japan with a developmental disability, but hopefully this is a jumping board into writing about those more in depth in the future.

Update: Thank you everyone who has reached out with words of encouragement, concern, and advice. I am thankful for the support of my churches and mission agency. I have several good leads on different possible treatments here in Japan.